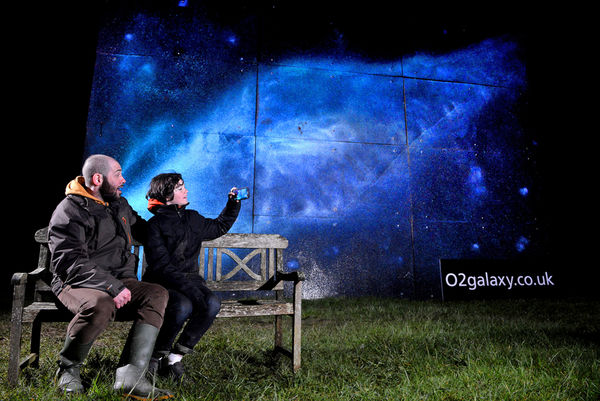 Laura McQuarrie — April 10, 2014 — Marketing
References: o2galaxy
Share on Facebook Share on Twitter Share on LinkedIn Share on Pinterest
As part of the Samsung Galaxy S5 launch, O2 created a beautifully starry billboard that lights up like the night sky. If you live in the city, seeing the stars is a treat that you probably don't get very often, due to the light pollution that comes with being in a big city.

A visit to o2galaxy.co.uk gives you the chance to immerse yourself into the stars even more with a game, plus win a Samsung Galaxy S5 from O2.
5.7
Score
Popularity
Activity
Freshness
Access Advisory Services