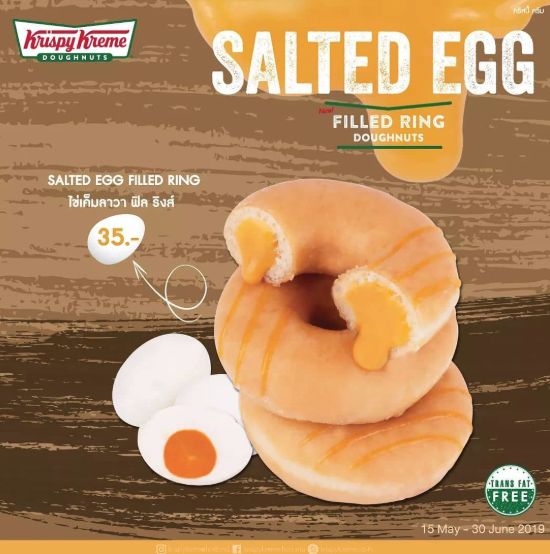 Krispy Kreme's new Salty Egg-Filled Donut is a filled ring donut that is oozing with 'lava egg,' which is a creamy custard made from egg yolks, sugar, milk, and salt. The filling tastes much like a salted egg and is meant to mimic the flavor of other egg tart desserts popular in China, Taiwan, Portugal, and Latin America.

Unfortunately for salty egg fans, the new donut is exclusive to Thailand and only available until June 30th.