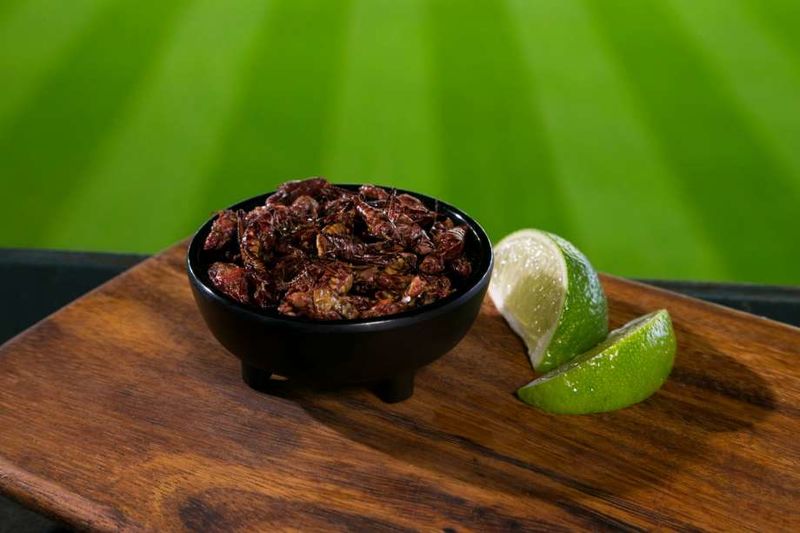 Safeco Field's Toasted Grasshoppers are the Strangest Snack in MLB

Michael Hines — April 8, 2017 — Lifestyle
References: mlb & espn
Safeco Field's toasted grasshoppers have just made the Seattle Mariners an odd bit of history. The Mariners are the first MLB team to offer insects as a ballpark snack. The grasshoppers, which run $4 a cup, are sourced from a local Seattle Mexican restaurant named Poquitos. They are toasted and seasoned with chili lime salt.

Major League Baseball is known for its obsession with tradition, but oddly enough that doesn't extend to the food sold inside ballparks. Each years stadiums continually try and one up each other with crazy food in a drive to get fans to the park. Safeco Field's toasted grasshoppers may end up helping the Mariners sell a few extra tickets, if only to those who want to see what it's like to eat an insect.
2.9
Score
Popularity
Activity
Freshness