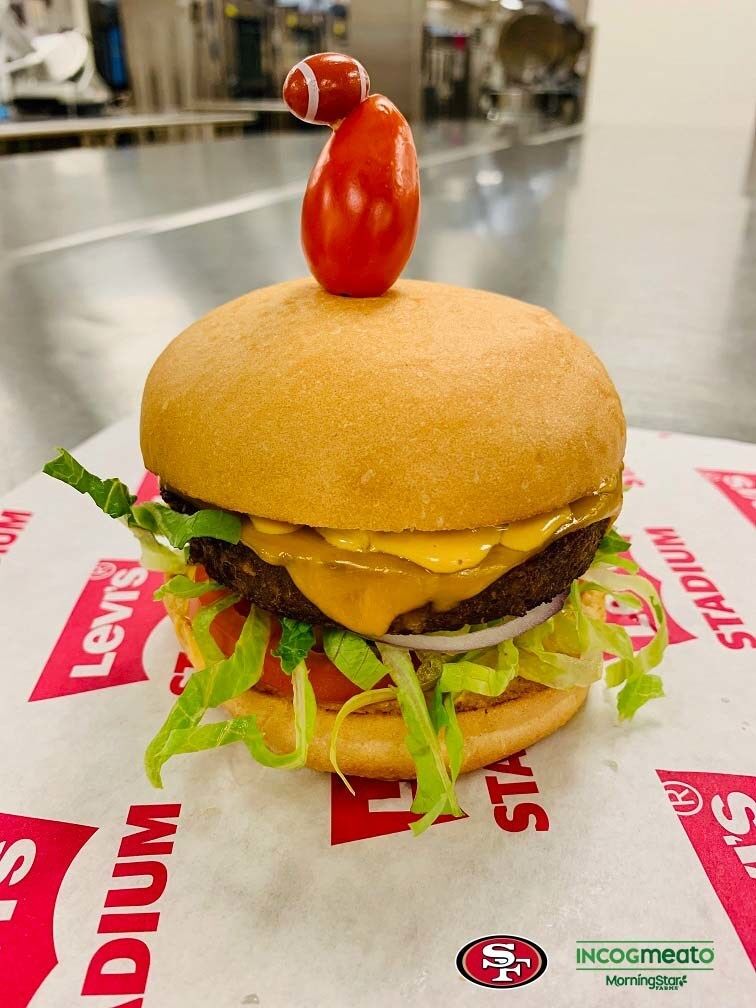 The NFL Now Has an Official Plant-Based Protein

Laura McQuarrie — September 15, 2021 — Lifestyle
References: prnewswire
Share on Facebook Share on Twitter Share on LinkedIn Share on Pinterest
Incogmeato and MorningStar Farms have been named the first-ever official plant-based protein of the NFL franchise and fans at Levi's Stadium can now enjoy plant-based stadium food. The stadium is introducing "a new menu of next-generation plant-based protein that looks, cooks and tastes just like the real thing," and it includes burgers, brats and sausages that are powered by plants.

To make sure that plant-based food is accessible to all, Incogmeato and MorningStar Farms, as well as the 49ers and Feeding America are bringing more options to food banks. For every field goal scored by the 49ers, the brand will be donating 30,000 Incogmeato Chik'n Tenders (up to one million tenders) to local Feeding America food banks.
4.4
Score
Popularity
Activity
Freshness
Attend Future Festival