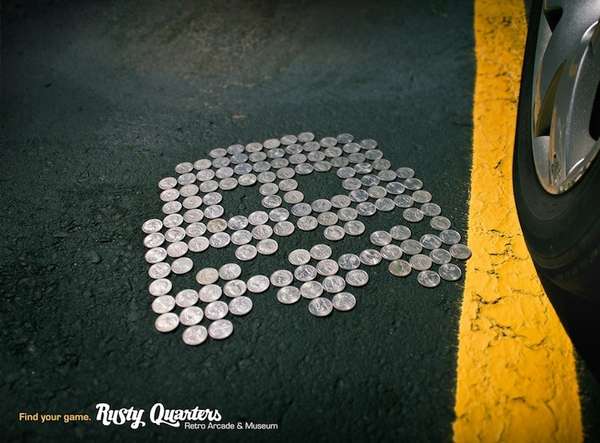 Meghan Young — August 28, 2012 — Marketing
References: rqarcade & mymodernmet
Share on Facebook Share on Twitter Share on LinkedIn Share on Pinterest
The Rusty Quarters Retro Arcade & Museum ad campaign has been cleverly executed. Inspired not only by the focus on the organization itself, but also by its name, the print ads are centered around classic gamer characters made out of quarters. Although some may think that concept is obvious, others will view it as incredibly creative.

Designed by Michael Arney, the Rusty Quarters Retro Arcade & Museum ad campaign has been captured in very specific locations, ones where loose change is a common sighting. These include under couch pillows and on the car floor. Each print ad reads, "Find your game," suggesting not so subtly that people should look in these places for quarters of their own to use at Rusty Quarters.
3.1
Score
Popularity
Activity
Freshness
Get Trend Hunter Dashboard