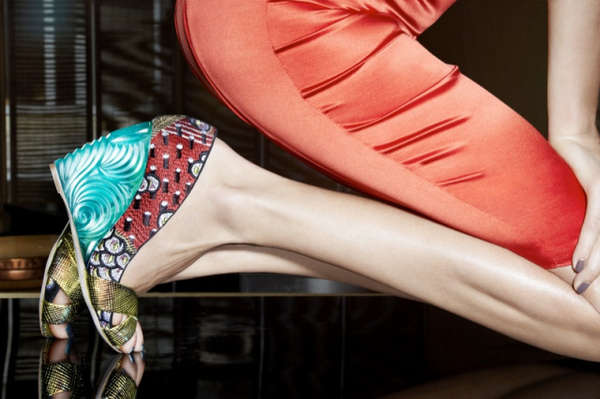 The designer was inspired by Eastern culture for his latest fall line, and wanted to illustrate that in the company's campaign as well, saying "I was thinking Kill Bill and elaborate Japanese bondage techniques," according to Fashion Gone Rogue. Shot by photographer Eddie Wrey on location at the Japanese restaurant Sake No Hana in Mayfair, London, the campaign was styled by Tamara Rothstein who chose to show off some bold designs like a purple heel that looks like its been shredded and a colorful Eastern-inspired wedge.

I don't know about you, but looking at the Rupert Sanderson Fall 2013 Campaign is really making me want to go shoe shopping.
6.3
Score
Popularity
Activity
Freshness
View Innovation Webinars