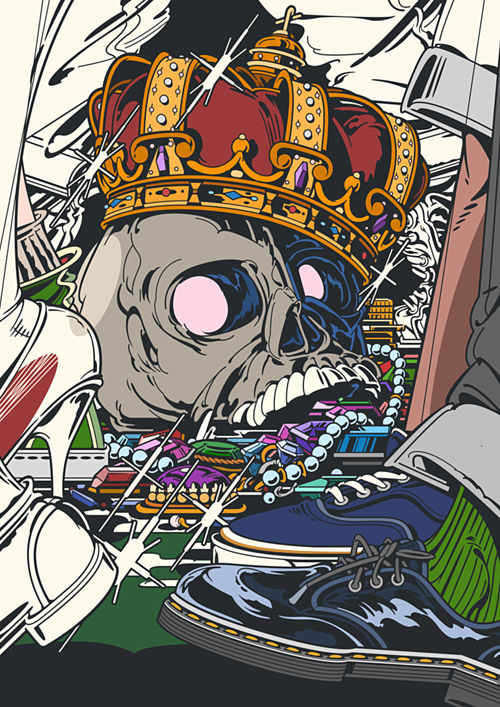 Rudsef's Illustrations are a Dark Take on Anime

Akihiko Tse — September 30, 2013 — Art & Design
References: behance.net & english.mashkulture.net
The anime-inspired illustrations by South Korea-based Rudcef are dark and eerie as they are gruesome and hyperrealistic.

Some of Rudcef's illustrations are reminiscent of the anime scene in Quentin Tarantino's first installment of 'Kill Bill,' with vivid, gleaming colors and emotive facial expressions conveying a sense of surrealism. One illustration, for example, features Michael Jackson's iconic moonwalking shoes breaking at the front, with green, monsterish toes sticking out. The laces on one shoe are broken into pieces, with the person's metatarsals visible.

In another, a portrait of the rapper A$AP Rocky can be seen with plumes of smoke wafting around him, while his gold grills can be seen extruding beyond his teeth and engulfing his lips. One image that catches the eye is of an office worker smirking towards the viewer as he sits in front of a computer with the word "Day" displayed on it, as a diagonal split of the portrait reveal the bottom half of the body to show a female's legs sat on a bar stool at a grungy pub.
3.3
Score
Popularity
Activity
Freshness