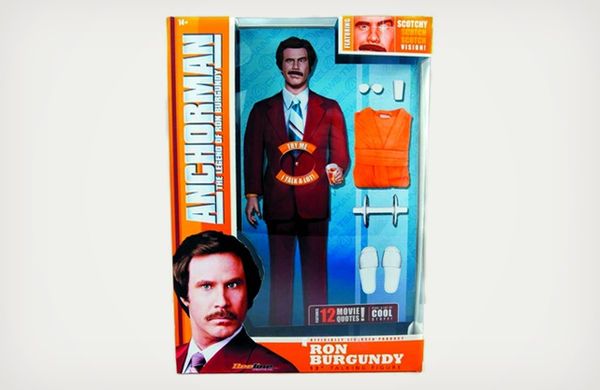 Costing $45, though not available until the sequel, Anchorman 2, is released, the 13 inch figurine comes fully equipped with a glass of “Scotchy scotch scotch,” an orange bath robe and even his signature Channel 4 news team smirk. The figurine also comes with a dumbbell, a pair of slippers and white sunglasses.

The Ron Burgundy action figure has 12 pre-recorded quotes, which are activated when you press a button on his belly, though what they will be have yet to be disclosed. One would hope, though, that “You’re like a miniature Buddha, covered in hair,” and “I’m trapped in a glass case of emotion!” will be among them.