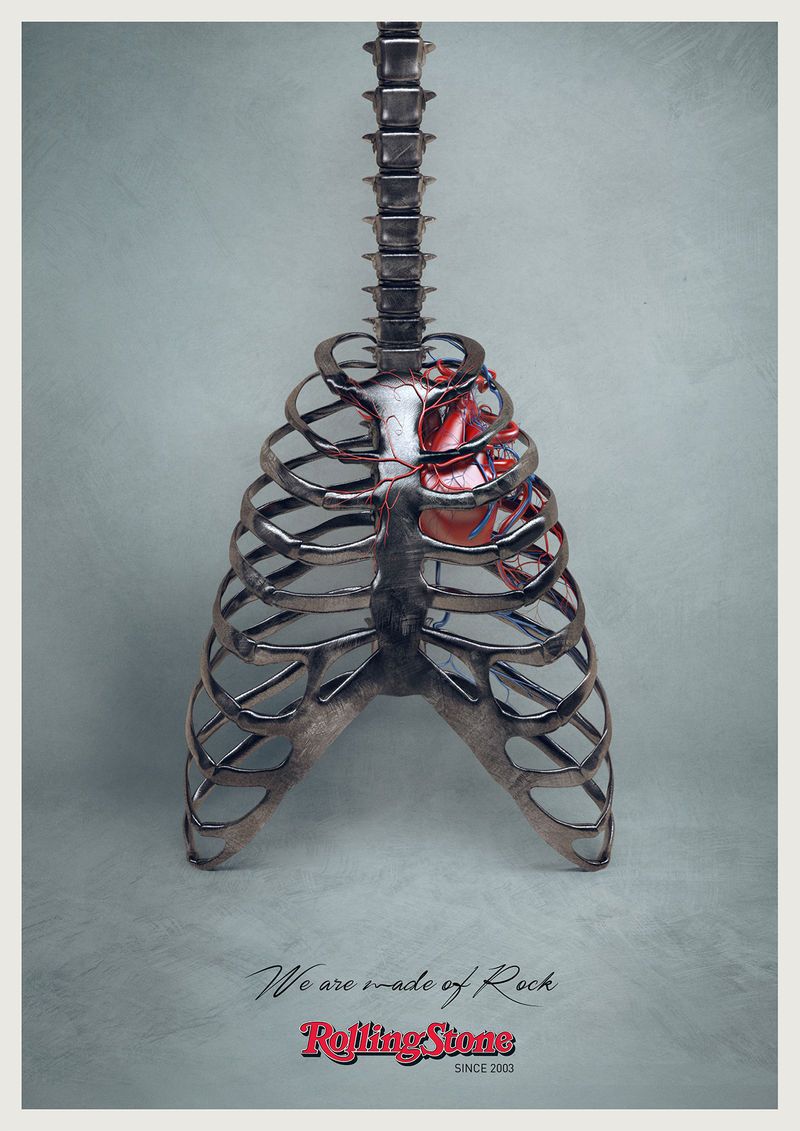 The Rolling Stone Magazine Campaign States "We Are Made of Rock"

Meghan Young — July 10, 2014 — Pop Culture
References: fondazioneaccademia.org & adeevee
Share on Facebook Share on Twitter Share on LinkedIn Share on Pinterest
The Rolling Stone Magazine ad campaign goes straight to the heart of the matter with a surreal image depicting a guitar made of a skeleton. Yet instead of being one of the crazy customized crafts from a music lover, it is an illustration of a re-imagined anatomy that drives home the slogan, "We are made of rock."