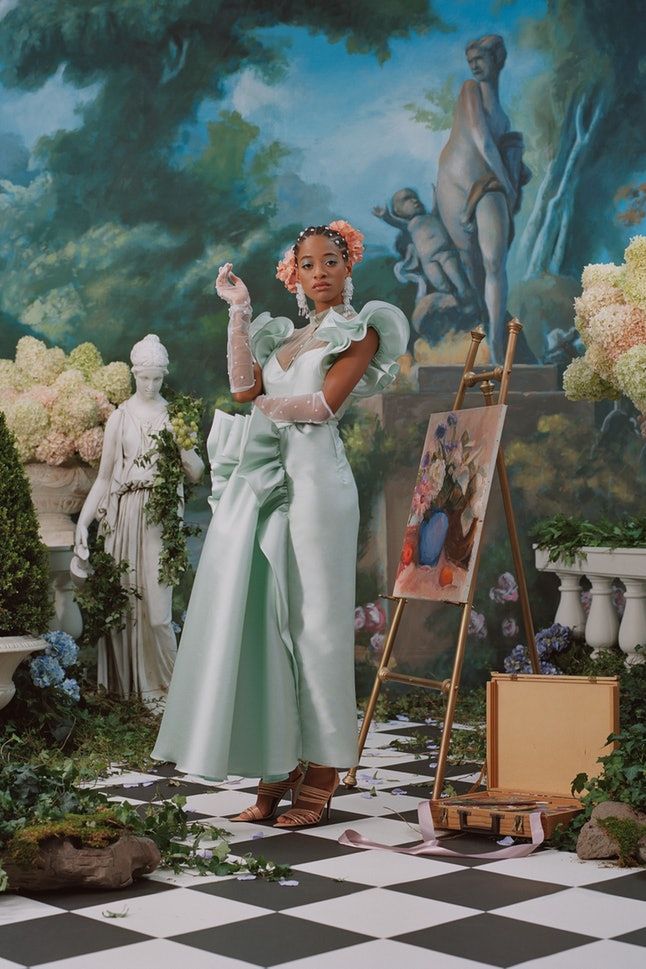 The Rodarte Spring 2020 Campaign is Full of Recognizable Faces

Laura McQuarrie — September 9, 2019 — Fashion
References: rodarte.net & bustle
Share on Facebook Share on Twitter Share on LinkedIn Share on Pinterest
The Rodarte Spring 2020 campaign is full of famous women like Kirsten Dunst, Gabrielle Union and others from across the entertainment industry. The campaign features a good mix of household names and up-and-coming stars, each of which can be seen dressed in romantic outfits from Rodarte featuring tulle, taffeta, ruffles and more.

The backdrop of the campaign lookbook is a dreamy scene with greenery and statues, reflecting the brand's desire to "create painted portraits," according to Rodarte's Laura Mulleavy, making it seem as though it's somewhat unclear whether "someone has been painted or photographed."