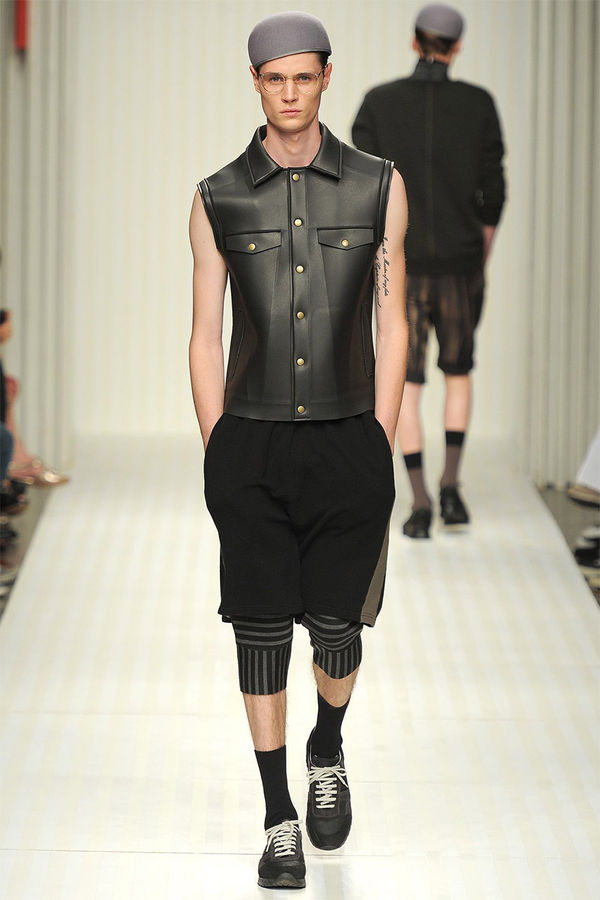 Mixing his structured signature leathers, tailored tweeds and lightweight knits, the edgy designer dressed his models in a line of looks that payed homage to a classic military aesthetic. Whether dressing an army of modern cadets with round headpieces or remixing classic camouflage with artful textile prints, the designer defied tradition and created contemporary combative ensembles for the modern man.