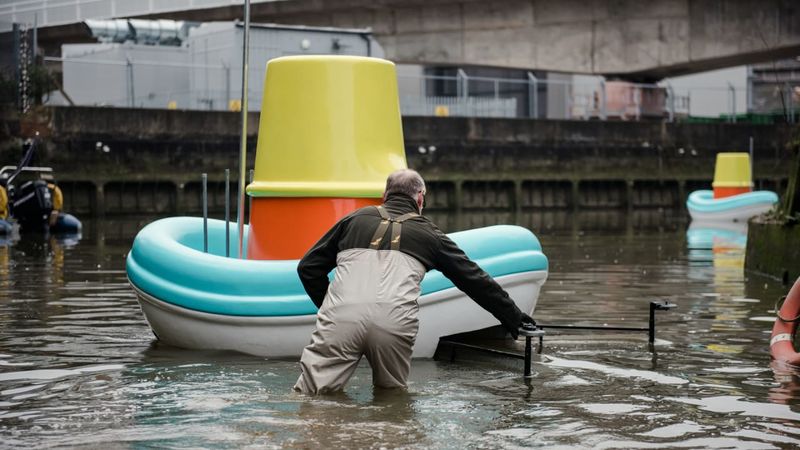 Laura McQuarrie — February 22, 2019 — Eco
References: ikea & fastcompany
Share on Facebook Share on Twitter Share on LinkedIn Share on Pinterest
To kick off the opening of its newest store in London, IKEA created supersized versions of its Smakryp tub toy for a river-cleaning initiative. A pair of large-scale remote-controlled tub toys named 'The Good Ship Ikea' have been released into the river, each of which has the ability to collect up to 44 pounds of trash at a time. According to IKEA, more than 300 tons of trash is removed from the River Thames each year and this initiative will certainly help to keep it clean and clear of debris.

These giant tub toys from IKEA span about 10 feet in length and weight in at 150 pounds, making them unmissable in the river, especially as they have been sent out during a week of school break in the UK. As such, IKEA and Creekside Education Trust are also creating educational experiences around this initiative, allowing the public to control the boats and collect trash that will be turned into a work of art for the new store.
5.4
Score
Popularity
Activity
Freshness
Get the 2021 Trend Report FREE