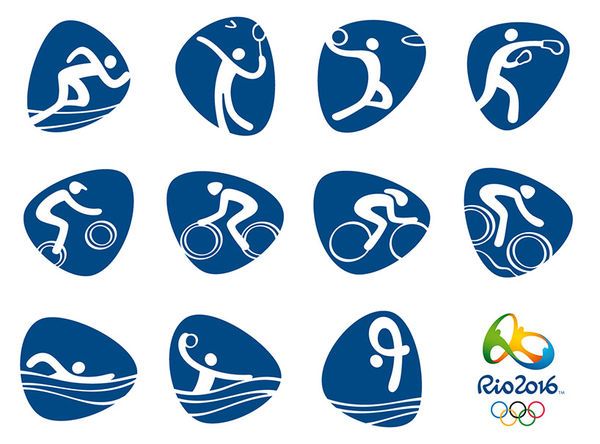 The Rio 2016 Olympics and Paralympic Symbols Are Made Equal

The shapes an styles of the Olympic pictograms were developed to resemble the official typography for the Olympic event, developed by Dalton Maag. Like Rio's font and logo, the symbols are organically-shaped and represent a harmonious unity.

Each olympic and paralympic sporting event is encapsulated in an rounded triangular shape, with almost no difference between them, except that abstracted wheelchairs can be seen in some of the icons. Rio is proud to make this contribution to the history of the games and start this gesture of treating the olympic and paralympic sports equally. Hopefully this will inspire other countries to follow suit.