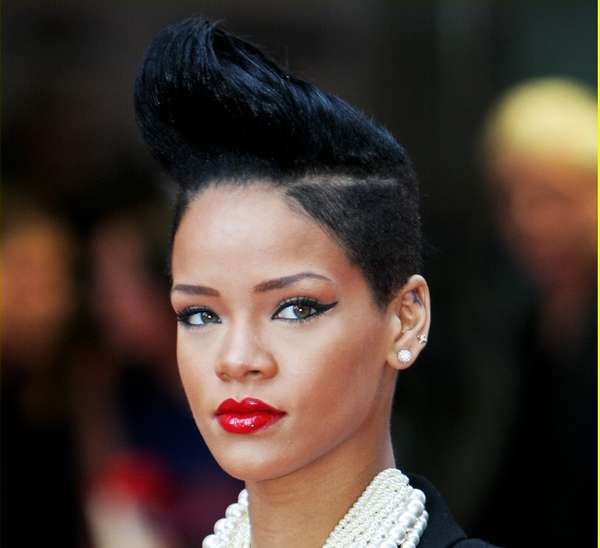 Rihanna Shows Women How to Rock the Greaser Look Right

Marissa Brassfield — July 24, 2009 — Fashion
References: tinyurl
Last week, we brought you images of Rihanna’s freshly-shorn mohawk, and at Thursday’s premiere of “Inglourious B**terds” Rihanna’s pompadour mohawk gave us a glimpse into how a retro look can be made completely modern.

Rihanna’s pompadour mohawk is fantastic in that it channels several eras all at once. There’s the pompadour, of course, which was seen in the 1950s on greasers. There’s also the mohawk, a look that has roots in Native American history but is perhaps most popular from the punk and goth subcultures. And in the 1980s, half-shaved hairstyles ruled the day.

Check out images of Rihanna’s pompadour mohawk above, and see some more articles that feature these themes below.
6.6
Score
Popularity
Activity
Freshness