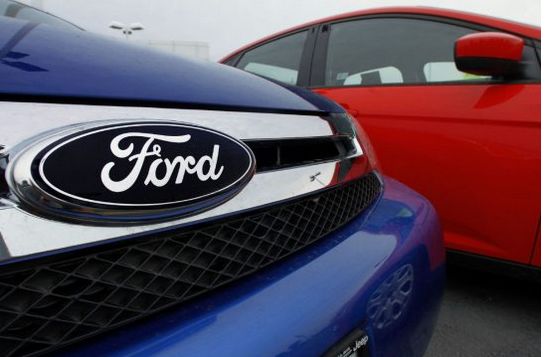 Sarah St.Jules — July 1, 2015 — Autos
References: media.ford & thestar
Share on Facebook Share on Twitter Share on LinkedIn Share on Pinterest
As the cost of living continues to rise, many people realize that owing a vehicle might not be a possibility for them. A lot of millennials have also realized that their vehicles aren’t used often enough in order to justify the cost of owning one. Looking to combat that expense and make co-owing a vehicle possible, Ford has come up with a Ride Share Program.

Customers who sign up for Ford Credit Finance are allowed to share their vehicles with others, who have been prescreened, which will help to offset the monthly costs. Dave McClelland, Ford Credit VP of Marketing says““[c]onsumers tell us they are interested in sharing the costs of vehicle ownership, and this program will help us understand how much that extends to customers who are financing a Ford vehicle.”

Ford is currently testing this program in six US cities, as well as in London, England. In order to make this ride share program more widely accessible, they teamed up with rental systems Getaround and easyCar. Ford realized that many consumers want to save both money, and the environment, and sharing a vehicle with other people allows you to do both at the same time.
2.6
Score
Popularity
Activity
Freshness
Get the 2021 Trend Report FREE