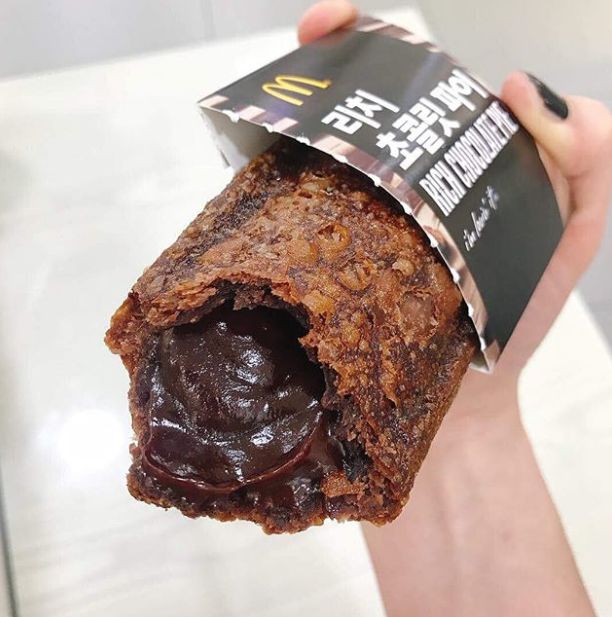 The chocolate pastry's outer shell oozes think chocolate when it's broken in half, and is already making its rounds on social media, as users are quick to share videos of the chocolate interior pouring from the shell.

Although McDonald's has released specialty desserts before, this is the first to feature such a deep coloring, as typically, the brand's pastries' feature a golden brown shell. The Rich Chocolate Pie features this unique coloring, making for a decadent fast food treat.
2.2
Score
Popularity
Activity
Freshness
Get Better and Faster