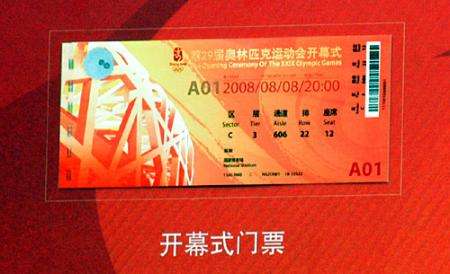 Bianca — May 24, 2008 — World
References: chinatechnews
Beijing has proposed a plan to install RFID tags on tickets to prevent those trying to enter with fake passes. It indicates the situation of the assigned seating and stores information like where the ticket was bought.

"A total of more than 16 million tickets embedded with RFID chips will be used during the Beijing Olympic Games and this is the first time that RFID has ever been used for the Olympic Games," ChinaTechNews.com explains.

More than that, it could be used as a high tech tour guide. It would be an incredible way for companies to engage with potential customers, pointing them in the direction of businesses in the area, from food to shopping.

Cherry Flava says the tickets offer "the added bonus of marketers now being able to 'talk' to fans as they move around the city. 'Hey big boy. Feel like a smoke and a pancake. a bong and a blitz, a cigarette and a waffle? Just walk this way.'"

RFID (Radio-frequency identification) lets people track an object (or animal, person) by a small chip, like those on the backs of CDs or DVD packaging, that allows it to be tracked through radio waves. In the case of the Beijing Olympic tags, the 0.3 square mm, 50 microns thick RFID chips will be able to receive signals from five meters away.
1.5
Score
Popularity
Activity
Freshness