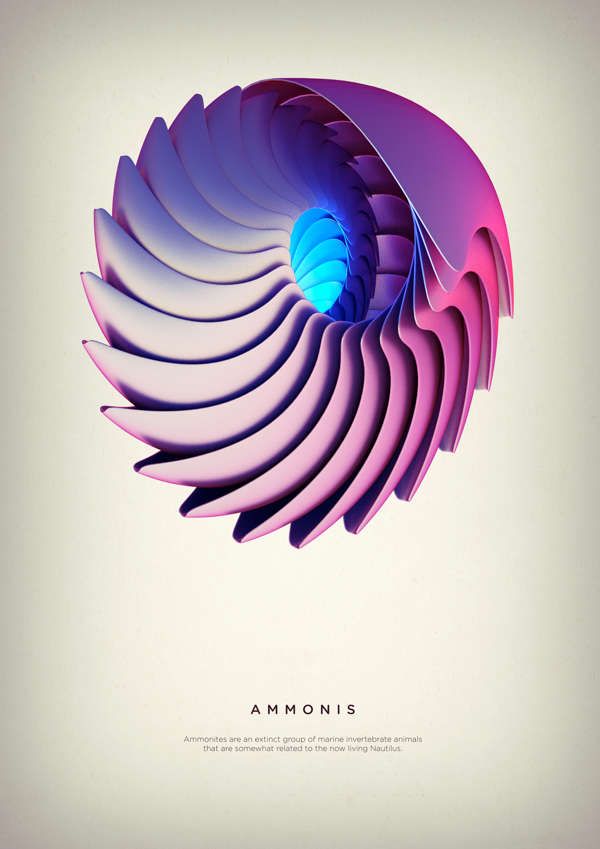 The Revolved Forms Series by Crtomir Just is a 3D Experiment

Meghan Young — February 11, 2013 — Art & Design
References: behance.net & fubiz.net
Share on Facebook Share on Twitter Share on LinkedIn Share on Pinterest
Revolved Forms is a series of digital art that looks rather retro for all of its modern roots. Like abstract three dimensional renderings found in vintage computer programs, the shapes are nevertheless far from dismissive. The "result of a 3D experiment with illuminated cloned shapes that have slightly unrealistic materials," according to the artist, Revolved Forms is at once fantastical and familiar.

Created by Črtomir Just, a designer based in Murska Sobota, Slovenia, the Revolved Forms series is inspired by common creatures including the tiny pill bug, deadly jellyfish and even extinct marine invertebrates like the Ammonites. Impossibly perfect, each 3D rendition has a geometric element as well. Overall, the Revolved Forms series is visually striking.
2.7
Score
Popularity
Activity
Freshness
Get Trend Hunter Dashboard