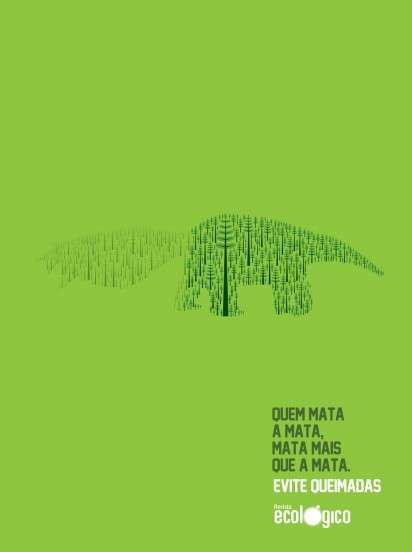 Meghan Young — January 27, 2012 — Eco
References: gloriacomunicacao & ibelieveinadv
Share on Facebook Share on Twitter Share on LinkedIn Share on Pinterest
It is no secret that deforestation is devastating for the environment, which the Revista Ecologico campaign illustrates. The ad campaign addresses the fact that with every tree chopped down, people are also chopping up the existence of certain animal species. This fact is depicted through the use of minimalist illustrations that tie forests with the survival of animals. As the forest fades out, so does the silhouette of the creature it takes the form of.

Conceived and executed by Gloria Comunicacão, an ad agency based in Belo Horizonte, Brazil, the Revista Ecologico campaign simply states in Spanish, “Who kill the forest, kill more than forest.” This message targets many different demographics due to the simple and colorful graphics used.