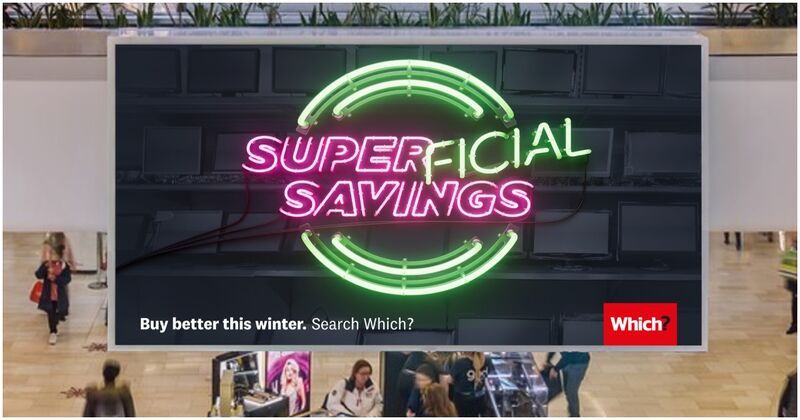 Which? Promotes Sustainable Shopping in Lieu of Black Friday

Niko Pajkovic — October 21, 2021 — Eco
References: which & adweek
Share on Facebook Share on Twitter Share on LinkedIn Share on Pinterest
Which?, a U.K.-based company that publishes product reviews and consumer advice, has launched a series of neon billboards that present subversive messages regarding the importance of sustainable shopping. The bright billboards will be launched in busy shopping areas ahead of Black Friday (November 26) to raise awareness around the harms of excessive consumerism.

The campaign will include six out-of-home billboards, each of which will broadcast a typical sales message before transitioning into a different eco-conscious slogan. For example, one billboard will read "Buy Now Pay Later" before flickering and revealing the full text, “Buy Now But Our Planet Doesn’t Have To Pay Later.” Another billboard reads "Black Friday Bargains" before turning into "Find Black Friday Bargains That Are The Real Deal."

Overall, the headlines promote a more thoughtful form of shopping as we head into Black Friday hysteria, encouraging consumers to make purchases that last longer and are not harmful to the planet.