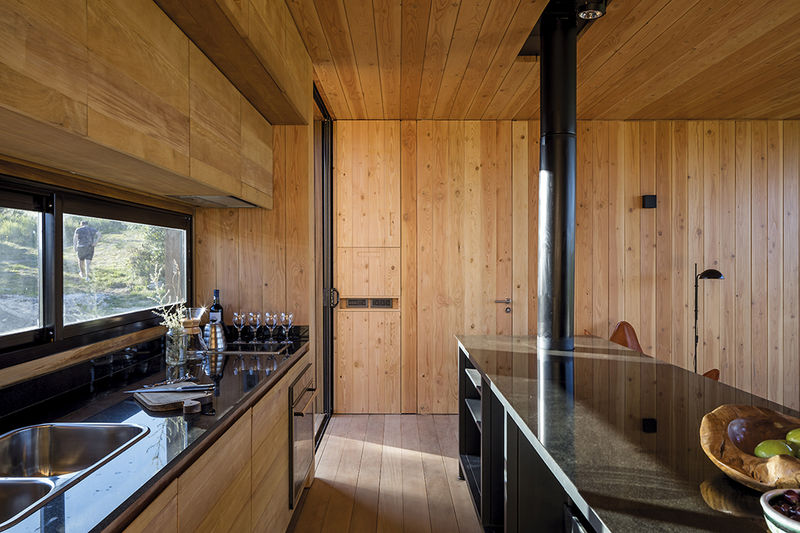 'Retreat in Finca Aguy' is Alone on a Uruguayan Plateau

Joey Haar — December 28, 2016 — Art & Design
References: mapaarq & archdaily
'Retreat in Finca Aguy' is an isolated summer home in Maldonado, Uruguay. The prefab home is shaped like a simple rectangular prism, but such simplicity belies the complex beauty of the home, its construction, and its natural surroundings.

As a prefab home, the pieces for Retreat in Finca Aguy were constructed in Montevideo, one of the largest cities in Uruguay. Those deconstructed units were then moved over 200 kilometers to their final destination in Puebla Eden, a tiny village on the outskirts of Maldonado. The move, though tedious, was worth it, as the Retreat in Finca Aguy's shape and design means that its massive window looks on to an idyllic and stunning olive field stretching out below it.
6.6
Score
Popularity
Activity
Freshness