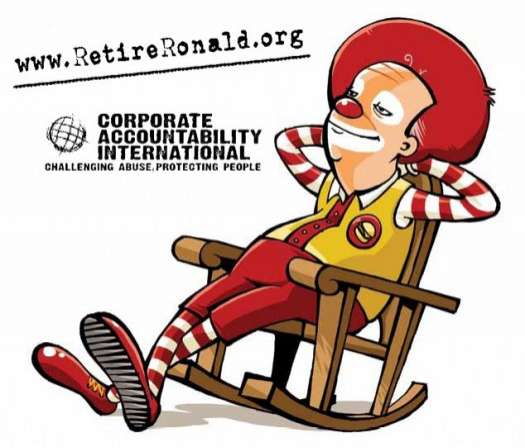 Meghan Young — May 20, 2011 — Lifestyle
References: retireronald.org & psfk
Retire Ronald is a campaign to see that the McDonald mascot resigns for a much-deserved retirement. Although he's technically only 43 years old, he has been hard at work fattening up kids from around the world. Officially named 'Chief Happiness Officer' of the McDonald's Corporation back in 2003, I think it would be good for him to leave on a high note.

Developed by nonprofit organization Corporate Accountability International (CAI), the Retire Ronald campaign is advocating more responsible advertising when it comes to children. Although their hearts in the right place, it seems that those who are part of the Retire Ronald campaign have already encountered roadblocks: six full-page ads set to appear in major metropolitan newspapers were pulled last minute.