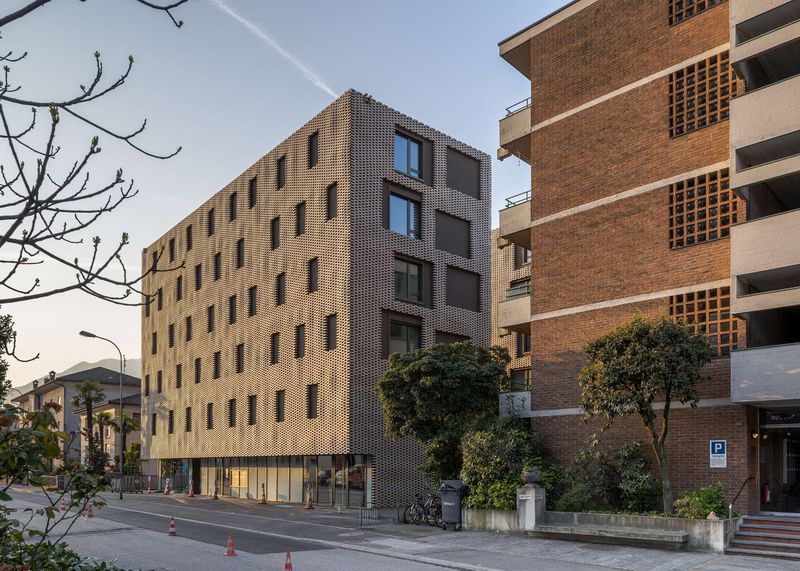 Joey Haar — September 27, 2016 — Art & Design
References: buzziarchitetti.ch & dezeen
Share on Facebook Share on Twitter Share on LinkedIn Share on Pinterest
Residenza Le Stelle, a series of three apartment buildings in Locarno, Switzerland, has a facade built with a unique, imbricated pattern that makes it look as though the building is composed of massive pixels. In fact, the apartments' "pixel patchwork," as described by Buzzi Studio di Architettura, is the product of robotic assembly, making its actual creation even more fascinating than its perceived appearance.

To create the mesmerizing effect, Buzzi Studio worked with ROB, a Swiss technology company, and designed the layout through the use of parametric software. Then, to implement the pattern, the bricks were carefully placed in their precise locations by construction robots.

The Residenza Le Stelle complex is built around a landscaped courtyard with an orientation that maximizes residents' views of the surrounding mountains.
3.7
Score
Popularity
Activity
Freshness
Jeremy Gutsche Keynote Speaker