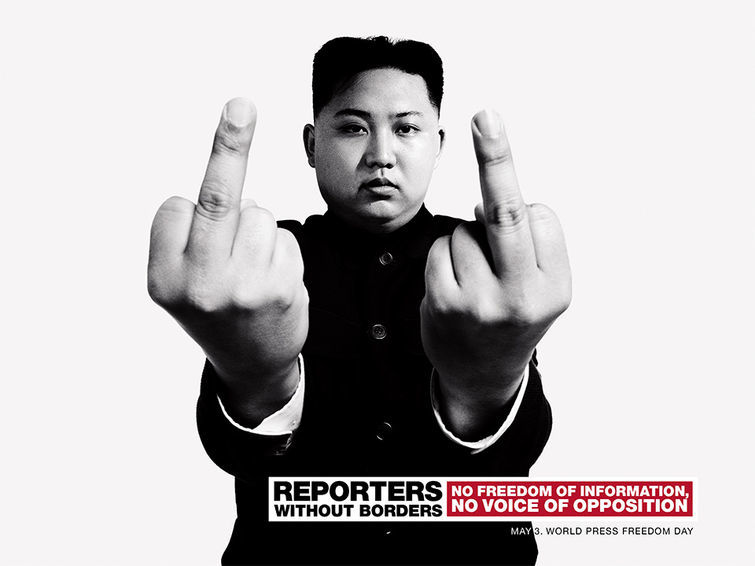 Meghan Young — May 7, 2013 — Marketing
References: betc-life & fastcocreate
Share on Facebook Share on Twitter Share on LinkedIn Share on Pinterest
The Reporters Without Borders 2013 ad campaign centers around a very inappropriate gesture, especially when coming from world leaders. A couple of years ago the nonprofit organization depicted political leaders as being a little too friendly, and now it gives people a taste of their true colors. They are essentially flipping off their people. The gesture is accompanied by the tag line, "No freedom of information, no voice of opposition."

Created by ad agency BETC Paris, the Reporters Without Borders 2013 ad campaign was put together in support of World Press Freedom Day, which occurred recently on May 3, 2013. The leaders depicted in the campaign could easily be labeled as dictators. They are the ones who really like to restrict journalist freedoms.
6.7
Score
Popularity
Activity
Freshness
Get Better and Faster