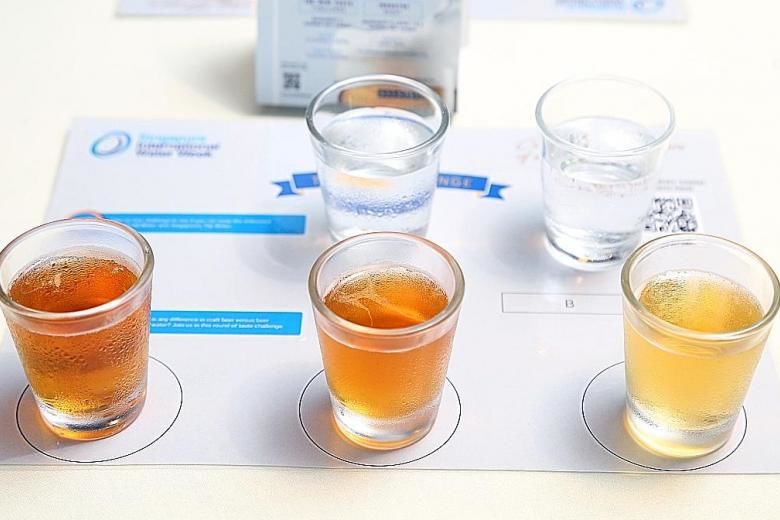 NewBrew is the First Recycled Water Beer Crafted in Singapore

Justin Lam — July 19, 2018 — Eco
References: straitstimes & thedrinksbusiness
Share on Facebook Share on Twitter Share on LinkedIn Share on Pinterest
In celebration of the 10th anniversary of Singapore International Water Week, national water agency PUB and restaurant/brewery Brewerkz joined forces to craft a recycled water beer. Known as 'NewBrew,' this recycled water beer is the first of its kind in Singapore and was done as a demonstration of how Singapore's recycled water is within international standards of safe drinking water. The beer will not remain a staple of Brewerkz menu but this venture does prove Singapore's ability to safely recycle water.

The recycled water beer was produced into an American Pale Ale and was crafted using recycled water known as Newater. During its launch, members of the press were invited to taste three unlabelled glasses of beer, one of which was NewBrew. Most reporters were unable to differentiate between the three, one of which was regular beer, aside from slight deviations in bitterness.