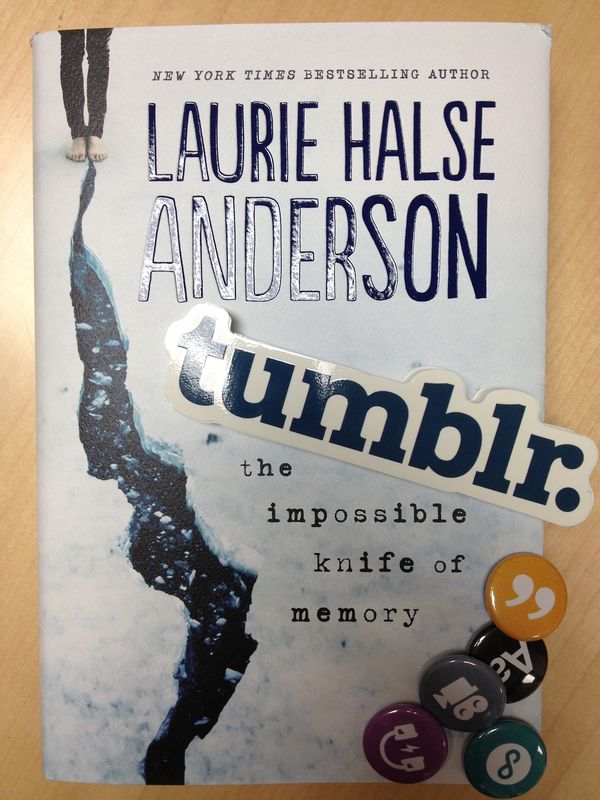 Laura McQuarrie — January 14, 2014 — Marketing
References: reblogbookclub.tumblr & reblogbookclub.tumblr
Share on Facebook Share on Twitter Share on LinkedIn Share on Pinterest
The Reblog Book Club is Tumblr’s official book club that’s now into its second book. The online book club was first introduced in September 2013 and after a hugely successful response to the club’s first read-along of Rainbow Rowell’s ‘Fangirl,’ the club announced that its second book for January 2014 will be ‘The Impossible Knife of Memory’ by Laurie Halse Anderson.

Tumblr users can participate in the discussion in two ways, by submitting content to the Reblog Book Club account or posting their own content using the “reblogbookclub” hashtag.

After the book titles are announced, the Reblog Book Club posts a discussion schedule for a few chapters at a time, which is meant to keep people on the same pages and discourage spoilers from getting out. Unlike a traditional book club, participating users are encouraged to take advantage of Tumblr’s numerous ways to post by sharing their interpretations through text, videos, notable quotes, fan art and photos. As well, the Reblog Book Club gives fans a way to interact directly with the authors of the books by sending questions to the account’s Tumblr Ask Box.
5.2
Score
Popularity
Activity
Freshness
Attend Future Festival