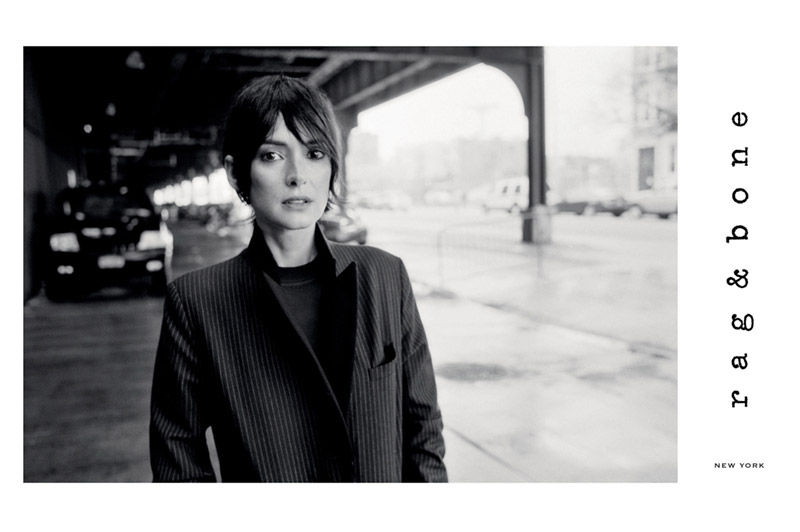 Meghan Young — July 3, 2014 — Fashion
References: rag-bone & fashiongonerogue
Share on Facebook Share on Twitter Share on LinkedIn Share on Pinterest
The rag & bone Fall 2014 ad campaign stars the incomparable, and often controversial, American actress Wynona Ryder. Sporting an androgynous look, she strikes a cool pose white a pinstripe blazer from the brand's upcoming collection. Captured completely in black and white, it is as though the brunette beauty has never aged.

Shot on location at Coney Island by photographer Glen Luchford, the rag & bone Fall 2014 ad campaign has an underground feel to it. About the celebrity, Marcus Wainwright, Managing Partner of rag & bone, says, "To us, Winona Ryder is a bona fide icon. One of the things that makes her so cool is that although she has this incredible career, she isn’t interested in being a movie star. For her, it’s all about the craft. She also has this beautiful timeless quality."
1.3
Score
Popularity
Activity
Freshness
Attend Future Festival Virtual