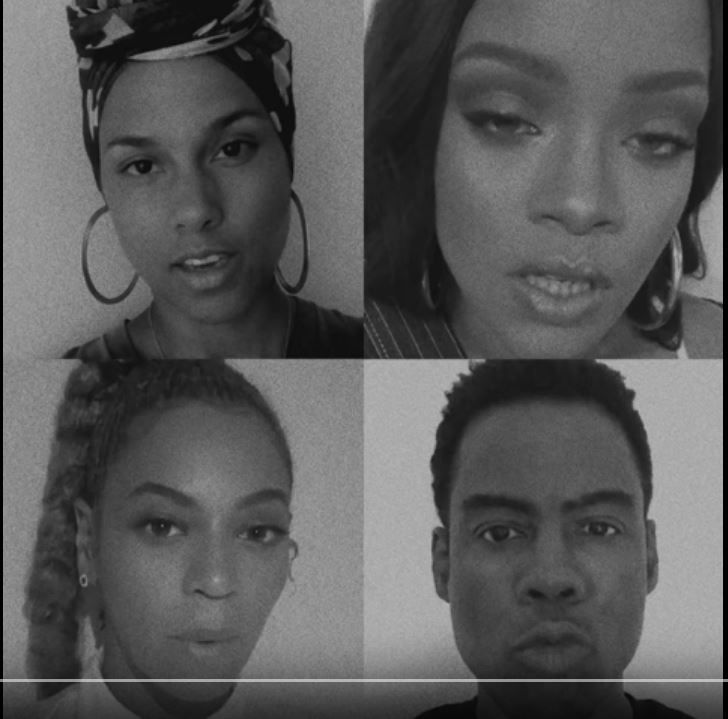 We Are the Movement Enlists Stars to Speak On Racial Injustice

Erica Francis — July 14, 2016 — Pop Culture
References: highsnobiety
Share on Facebook Share on Twitter Share on LinkedIn Share on Pinterest
We Are the Movement teamed up with a slew of celebrities to speak out against racial injustice in United States by creating a short video. The cast included some major superstars that are revered by their own famous peers, i.e. Beyonce and Bono.

The video titled "23 Ways You Could Be Killed If You Are Black in America" shows each star stating the reason a member of the black community was slain. The video then snaps to the image of the victim. For example, Beyonce simply says "for riding in your girlfriend's car with a child in the back" and the next scene is of Philando Castile. The video goes on to encourage members of the American public to reach out to their government to demand immediate change.

Utilizing the voices of such heavyweight stars allows for the organization's message to impact and influence its audience. An interracial cast communicates that this should be important to all races. Choosing to film the video in black and white reinforces that all humans are the same, regardless of skin colour. All of these elements make We Are the Movement's messaging strong, clear, and influential.