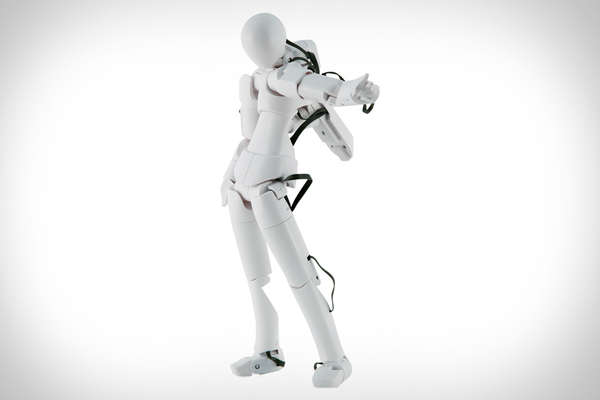 Meghan Young — April 25, 2013 — Tech
References: clip-studio & uncrate
Share on Facebook Share on Twitter Share on LinkedIn Share on Pinterest
It seems like the traditional wooden artist mannequin has become a sort of decor nowadays; at least, it soon will be thanks to the Qumarion Humanoid Input Device. A futuristic, robotic version of the classic mannequin, this device not only allows people to manipulate its limbs in order to display different actions and poses, it communicates directly with a computer.

The Qumarion Humanoid Input Device may only appeal to a very small market, but that demographic of animators and illustrators will appreciate the versatility and efficiency that it provides. Using QUMA technology, it will allow users to operate 3D characters. With its sleek gender-neutral design, it is able to express postures for both males and females.