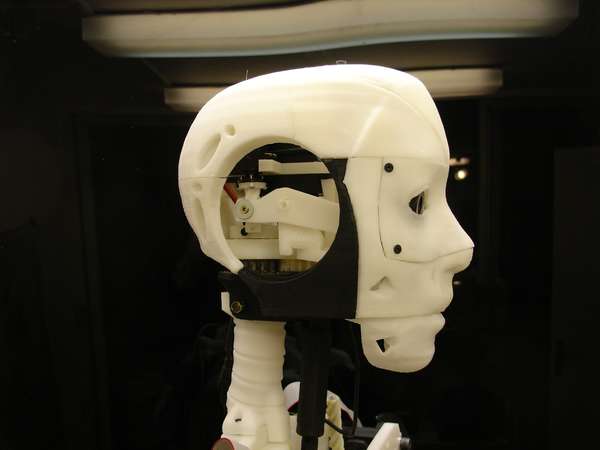 Meghan Young — January 29, 2013 — Art & Design
References: inmoov.blogspot & psfk
Everyday robot technology is advancing and becoming more accessible; InMoov by Gael Langevin ushers in a whole new range of possibilities by allowing the average person build their own robot. The French artist is touting it as "the first life size humanoid robot you can 3D print and animate" on his blog.

The instructions on building the InMoov by Gael Langevin is released day by day as he himself completes it. By following the step-by-step guide, anyone with access to a 3D printer and some building skills will be able to replicate the robot for under $1,000 using ABS plastic material.

According to the artist, InMoov by Gael Langevin is "about as difficult as assembling a cupboard from IKEA. I’ve also posted some programming instructions--so you can make it respond to voice--activated commands. It can grab hold of things, tilt its head and move its arms around in various ways."
6
Score
Popularity
Activity
Freshness