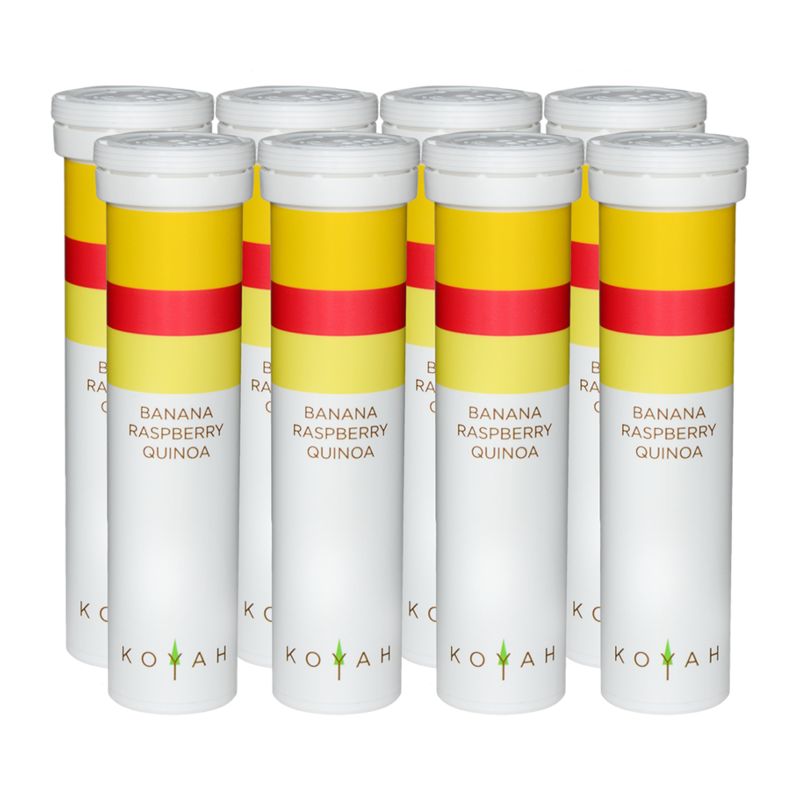 Laura McQuarrie — September 10, 2017 — Lifestyle
References: koyah.org & wellandgood
Share on Facebook Share on Twitter Share on LinkedIn Share on Pinterest
As an alternative to the many powdered smoothie products on the market, Koyah produces a few quinoa-based powders, which make it easy to add quinoa in a smoothie. The varieties available from Koyah include Banana Raspberry Quinoa and Mango Blueberry Quinoa, each of which is conveniently packaged in a single-serve tube. As such, when it comes to making a smoothie, it's as easy as combining the organic and non-GMO formulas with one's choice of liquid, such as a non-dairy milk or even coconut water.

Since raw fruits and vegetables are included in the quinoa-based smoothie powders, they are naturally sweet and do not feature any additional sweeteners. Each product contains the equivalent to an eighth of a cup of cooked quinoa, which adds plenty of protein to one's smoothie.