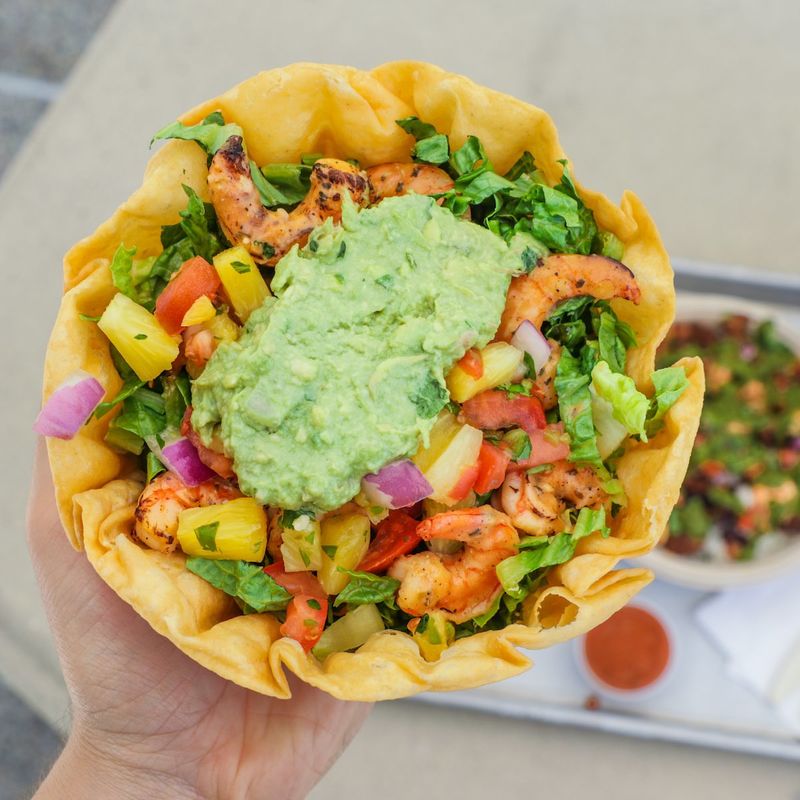 Laura McQuarrie — June 17, 2017 — Lifestyle
References: qdoba & foodbeast
This summer, Qdoba Mexican Eats is expanding its menu with the addition of Fire-Roasted Shrimp, which is the centerpiece of several new meals, including its Fire-Roasted Shrimp Salad.

In the same way that many hearty soup dishes are served in bread bowls for the winter, this tropical salad is served in a light and crispy fried shell bowl. The new menu item comes filled with a bed of lettuce topped with pineapple pico, guacamole and a zesty cilantro-lime dressing.

For the summer season, Qdoba Mexican Eats is introducing the Fire-Roasted Shrimp Salad alongside the Surf and Turf Burrito Bowl, as well as the Tropical Shrimp Taco. As part of featuring its new Fire-Roasted Shrimp as a standout new menu item, Qdoba is also making it possible for consumers to build their own burritos, bowls, nachos and tacos with shrimp as an addition.
1
Score
Popularity
Activity
Freshness