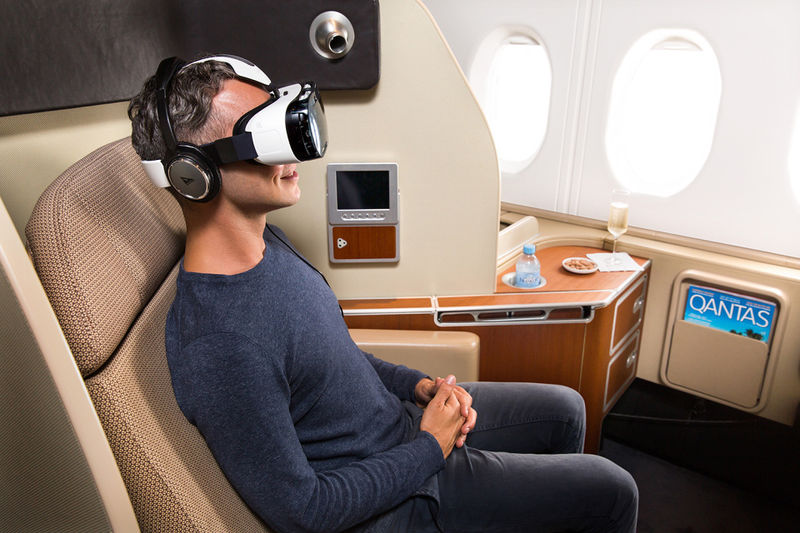 Qantas and Samsung Collaborate to Offer Virtual Reality in the Air

The partnership will involve incorporating Samsung's Gear VR into select A380 flights between Australia and Los Angeles for a period of three months, thus treating first class passengers to a completely remarkable in-flight experience that rivals all others.

The virtual reality technology will be powered and operated using a Galaxy Note 4, and will offer both films and third-party multimedia content created specifically for the service. One such example comes courtesy of Tourism NT, and will allow travelers to take part in an interactive 3D tour of the Kakadu National Park in Australia's Northern Territory.