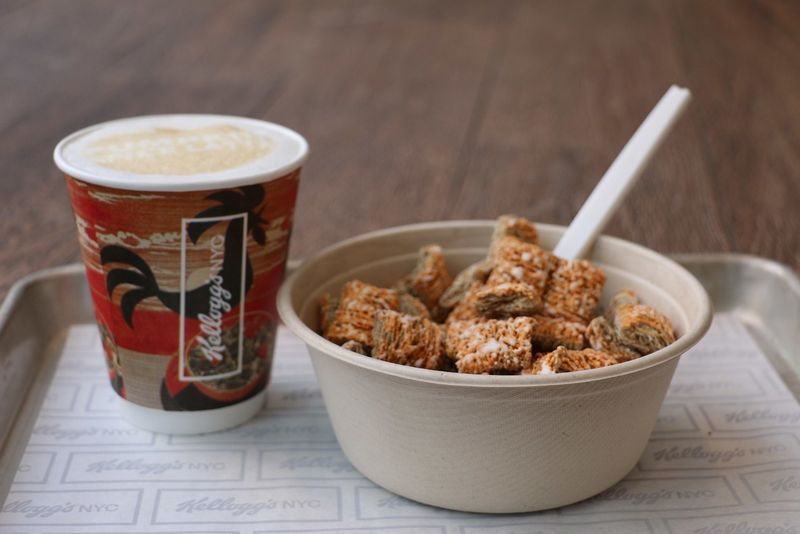 Katherine Pendrill — August 30, 2016 — Lifestyle
References: kelloggsnyc & trndmonitor
Share on Facebook Share on Twitter Share on LinkedIn Share on Pinterest
With fall just around the corner, Kellogg's has announced that it will be serving up a limited-edition Pumpkin Spice Latte bowl at its Kellogg's NYC cereal cafe. With the demand for pumpkin-flavored foods still going strong, the new cereal is sure to be a hit among fans of the seasonal spice blend.

The new Pumpkin Spice Latte bowl will be a limited-edition dish made from espresso powder, white chocolate chips and Frosted Mini-Wheats Pumpkin Spice cereal. The cereal itself features bite-sized pieces of shredded wheat flavored with cinnamon, ginger, nutmeg and allspice. To complete their dish, customers can also choose their milk base from options such as whole, skim, almond, soy, Greek yogurt or even soft serve ice cream.

The dish will be available as early as September 6th, indicating the high demand for pumpkin-flavored products before autumn has even begun.
2.6
Score
Popularity
Activity
Freshness
Attend Future Festival