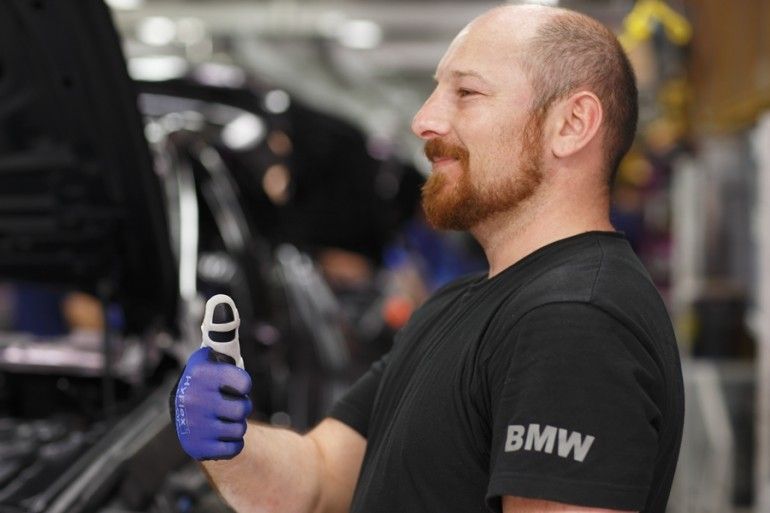 Laura McQuarrie — October 14, 2014 — Autos
References: press.bmwgroup & gizmag
Share on Facebook Share on Twitter Share on LinkedIn Share on Pinterest
Working on an assembly line often involves a lot of repetitive movement, which is fine for machines, but less so for human parts—this is where BMW's 3D-printed protective glove piece comes in handy. In order to help its factory workers avoid strained joints, BMW invented a glove piece that would assist workers as they fit rubber plugs into drain holes during the process of painting the car. The device works like a second skin, providing enough movement for the thumb to move, without causing strain from over-extension.

In advance of injury, BMW took note of the potential for strain in its assembly area and went to work on developing the glove. Now, the gloves are produced in-house, along with help from the Department of Ergonomics at the Technical University of Munich, which involves 3D scanning each worker's hands for a custom glove.
2.6
Score
Popularity
Activity
Freshness
View Innovation Webinars