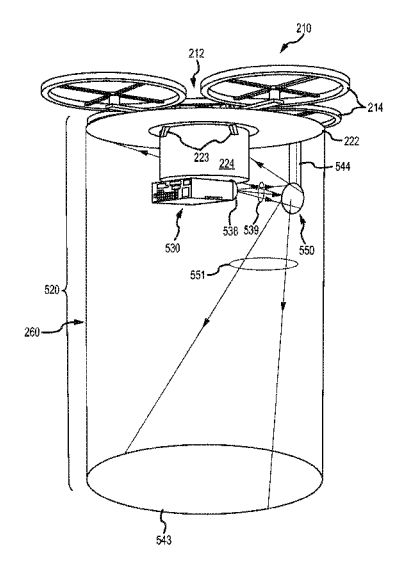 Joey Haar — August 10, 2016 — Tech
References: patft.uspto.gov & digitaltrends
In a recently granted patent, Disney is hoping to bring its famous nighttime light shows into a brave new future with a patent for projector drones. According to the patent, the drones could be used in conjunction with one another to create massive aerial light shows depicting variable imagery that changes in time with music.

Disney's projector drones do not actually use their self-mounted projectors to display images on a static screen. Rather, each drone will be its own small projection system, complete with both a projector and a screen that hangs from underneath it. The projector will beam images directly down onto the circular screen hanging beneath each drone. The drones' image will then be coordinated between one another such that, as the projector drones fly in different formations, the complete overhead effect will be an astounding visual phenomenon.
3.4
Score
Popularity
Activity
Freshness