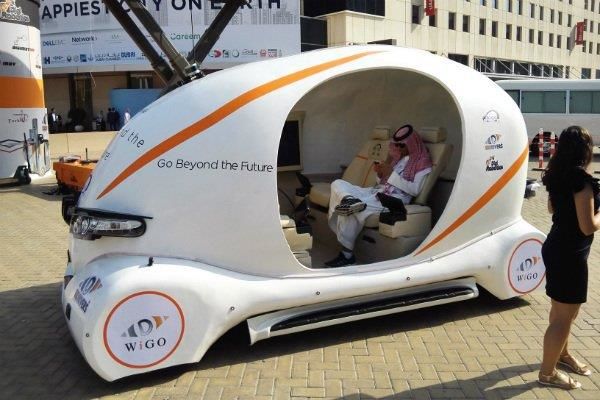 Laura McQuarrie — October 21, 2016 — Autos
References: digirobotics & 3ders.org
Share on Facebook Share on Twitter Share on LinkedIn Share on Pinterest
At this year's GITEX, the largest technology event in the Middle East hosted at the Dubai World Trade Centre, 'WiGo' was unveiled to show off the possibilities of autonomous and printed vehicles of the future. The forward-thinking vehicle by DigiRobotics is being touted as the country's first 3D-printed autonomous vehicle that's manufactured, assembled and programmed within the UAE.

Rather than just being put on display, WiGo was put to work at GITEX, transporting attendees from the DWTC metro station to the exhibition gate. A powerful sensor system works in tandem with a GPS tracking system in order to detect obstacles that should be avoided. According to DigiRobotics, the self-driving 3D printed car is entirely safe for public use.

Another major announcement that recently came out in the UAE includes that all hospitals in Dubai will be incorporating 3D printing by 2017.
6.1
Score
Popularity
Activity
Freshness
View Innovation Webinars