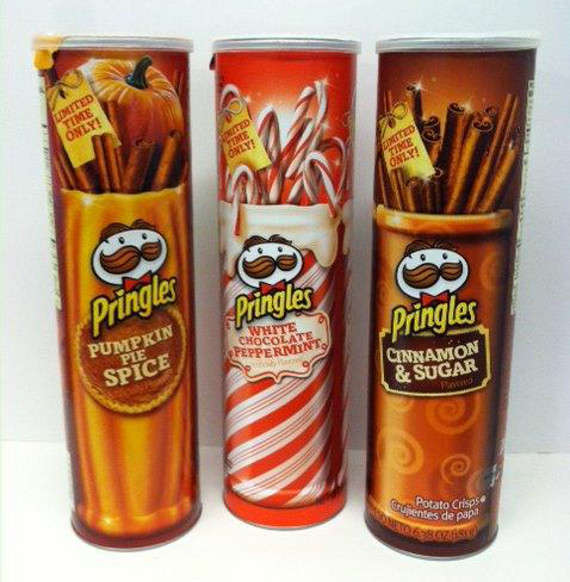 Debuting in three new wild flavors are Pumpkin Pie Spice, which will only be available in Walmart, White Chocolate Peppermint and Cinnamon Sugar. Deriving from popular fall and winter treats, these bizarre crisps are definitely a bold and daring move on behalf of the company. While I can't seem to wrap my brain around some of the flavors -- I'm not a chocolate fan -- I can see some of these being incorporated into real holiday treats, especially Cinnamon Sugar, which also reminds me of the Cinnamon Toast Crunch cereal. Although Pringles has garnered the loyalty and trust of many chip lovers, these seem to be something for the super adventurous.

According to the Huffington Post, these snacks will be available on shelves this coming November.
2.9
Score
Popularity
Activity
Freshness
Attend Future Festival