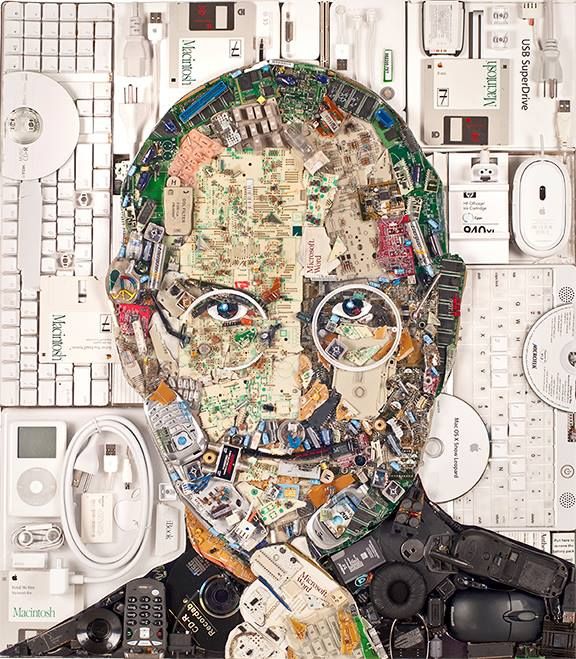 Jason Mecier's Portrait of Steve Jobs is Made from Hardware

Laura McQuarrie — February 25, 2014 — Pop Culture
References: facebook & thebolditalic
Share on Facebook Share on Twitter Share on LinkedIn Share on Pinterest
Jason Mecier is an artist best known for putting together found objects to create amazing celebrity portraits and often times, the items that make up the image directly relate to the person they are depicting. This is certainly the case in Mecier’s portrait of Steve Jobs, which is made from 20 pounds of tech waste.

It’s not surprising that Mecier’s e-waste collage took 40 hours to assemble, considering how many tiny pieces come together to make up the face of Apple’s late co-founder and CEO. Jobs himself is made up of tiny, colorful bits of hardware like batteries, chips and cell phone parts, while the simple white background is composed of actual Apple products like keyboards, iPods, cables and installation CDs.
2.4
Score
Popularity
Activity
Freshness
Get Better and Faster