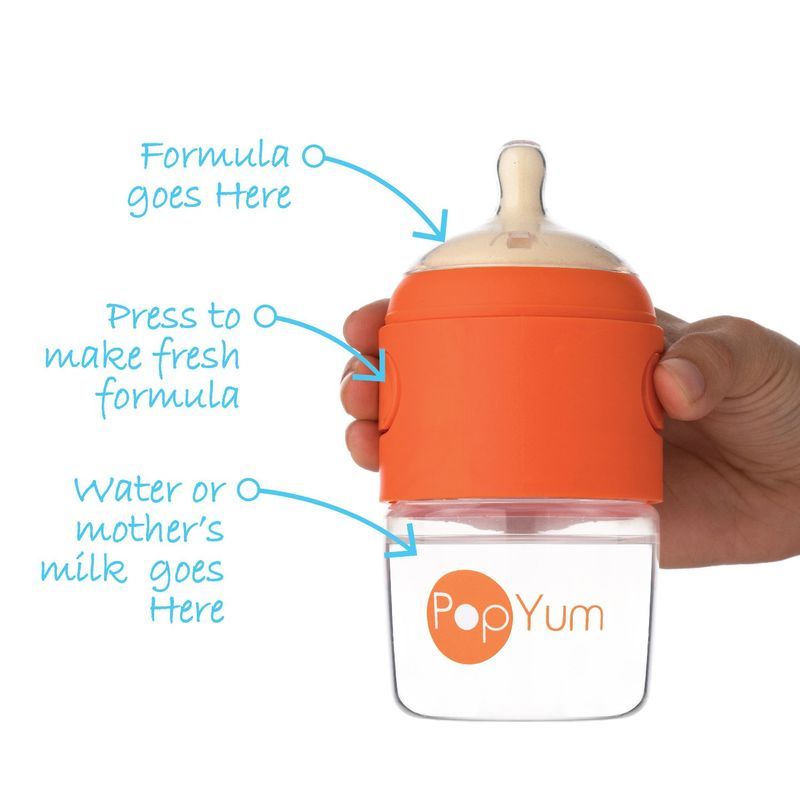 As they had to put the pre-mixed formula in an ice pack to keep it at the right temperature, they would often be worried that it would go bad, or that their child would get freezing cold formula. In addition, they realized just how messy it could be to mix formula on-site, as it would often spill in cars and planes.

The PopYum puts an end to these challenges by utilizing just a few parts that are easy to take on and off while one is travelling. Once the dry formula is poured through an included funnel, users simply press a button that mixes it to the perfect consistency within the bottle. In addition to being convenient and safe to use, the PopYum is easy to clean and compact.
4.2
Score
Popularity
Activity
Freshness
Get Better and Faster