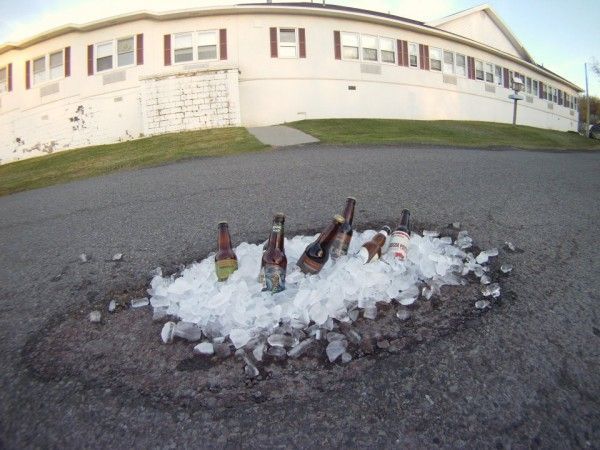 The Pop Up Studio Pothole Contest Invites Locals to be Imaginative

Meghan Young — May 12, 2014 — Art & Design
References: potholepopup & neatorama
Potholes are something that often results in bad days and frustrated tweets, but the Pop Up Studio Pothole contest hopes to change such negative outlooks. The art company, which is based in Scranton, Pennsylvania, invites locals to use their imaginations by repurposing these damaged parts into something more positive. So far, participants have not failed in doing so.

One of the Pop Up Studio Pothole contest entries involves an impromptu beer cooler complete with beer while another one turns it into a cute dioramic scene involving few Barbies and Ken. Of course, the toilet seat installation is so far the most appropriate one, albeit not necessarily positive but certainly cathartic.

The Pop Up Studio Pothole contest ends on May 15. The winner of which receives four new tires and a wheel alignment from a local tire shop.
4
Score
Popularity
Activity
Freshness