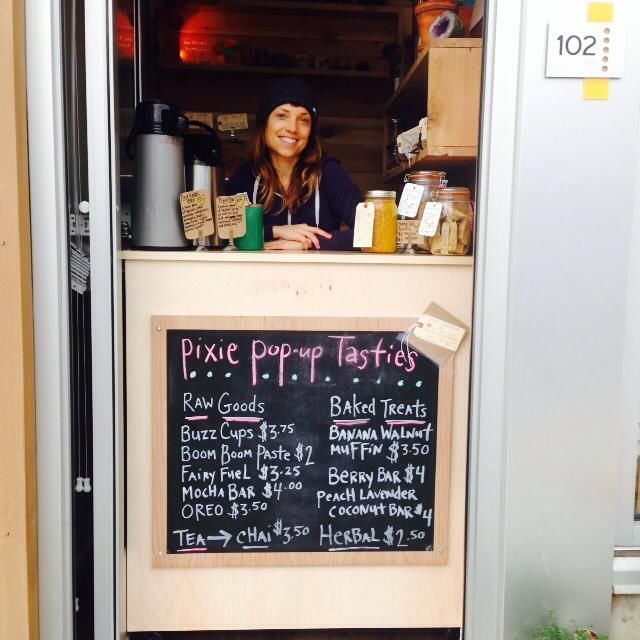 The Pixie Pop-Up is set up on Saturdays in front of People's Kombucha in Seattle, Washington and it hardly takes up any space operating out of a doorway. People stopping by will be treated to a variety of raw and vegan snacks made from organic, non-GMO and minimal ingredients with gluten. Since the main ingredients feature fruits and nuts rather than eggs and dairy, storing the treats is not a concern. At the Pixie Pop-Up, there's a little something for everyone, especially those who stick to paleo, vegan, raw diets. As an additional treat, the Pixie-Pop Up even has treats for dogs too.
1.7
Score
Popularity
Activity
Freshness
Attend Future Festival