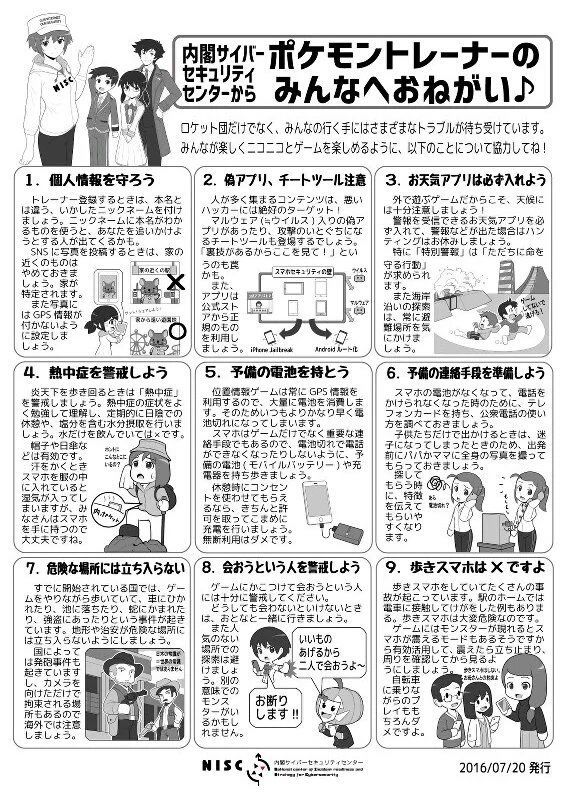 Riley von Niessen — July 25, 2016 — Tech
References: reuters & designtaxi
Nintendo's Pokémon Go has expanded internationally, causing players everywhere to wander into new territory in the hopes of catching some of the anime creatures -- an activity that caused a Japanese agency to invent its own Pokémon Go safety rules.

The campaign works to remind people to stay alert of their surroundings as they play the game, as well as ensuring that they're not being careless with their private data. This is done through a series of posters that were released by Japan's 'National Center of Incident readiness and Strategy for Cybersecurity.'

The Pokémon Go safety rules depicted on the posters include advice such as "Always protect your personal information," "Watch out for fake apps and cheat tools," "Do not enter dangerous areas," and "Be careful of heat stroke."
2.3
Score
Popularity
Activity
Freshness