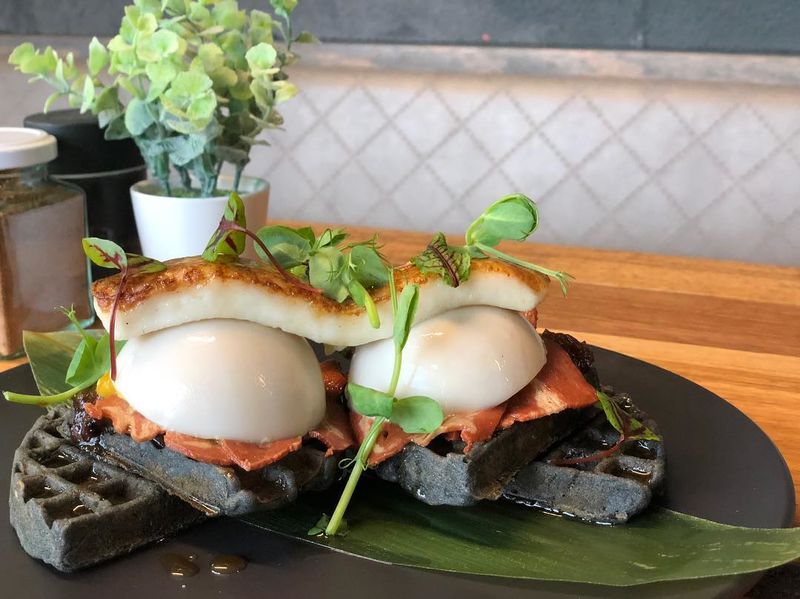 Laura McQuarrie — June 8, 2018 — Lifestyle
References: instagram & thebrag
Share on Facebook Share on Twitter Share on LinkedIn Share on Pinterest
A few years ago, the idea of a plant-based egg might have been unheard of. While liquid vegan egg replacers have been sold by the carton for quite some time, consumers now have the ability to indulge in highly realistic mock eggs that boast the same look, nutritional benefits, texture and all the components of a classic egg.

Matcha Mylkbar in Melbourne, Australia makes its vegan egg with an outer layer of coconut milk-infused agar (a vegan-friendly gelatin alternative) and a creamy "yolk" of linseed protein and sweet potato. This highly realistic plant-based egg can be found atop a layer of vegan bacon, halloumi and a charcoal waffle.

A fondness for products like egg and cheese can deter a consumer from pursuing a fully plant-based lifestyle, but hyperreal alternatives now have the potential to pique the curiosity of open-minded individuals who crave better health and new food experiences.
5.5
Score
Popularity
Activity
Freshness
Get the 2021 Trend Report FREE