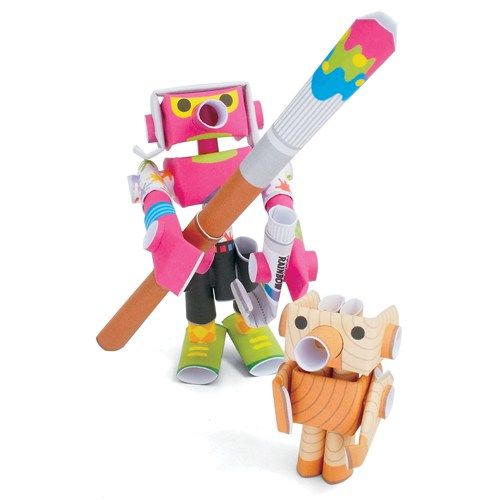 These Quirky Piperoid Characters are Made From Cut Paper Rolls

Piperoid's line of 'Characters' takes the form of artists, musicians, robots, wrestlers and others that are made from a series of cleverly arranged pipes. To make the assmbly process far less daunting to kids, Piperoid takes care of pre-rolling the paper tubes, meaning that kids only need to cut them at certain lengths and arrange them to form fun characters.

In addition to being just purely fun to look at and play with, there's careful thought that's put into the design of each playtoy—traditional colors that are used in kimono design are applied to the toys in the hopes that kids will be introduced to Japanese culture in a novel way.
1.6
Score
Popularity
Activity
Freshness
Access Advisory Services