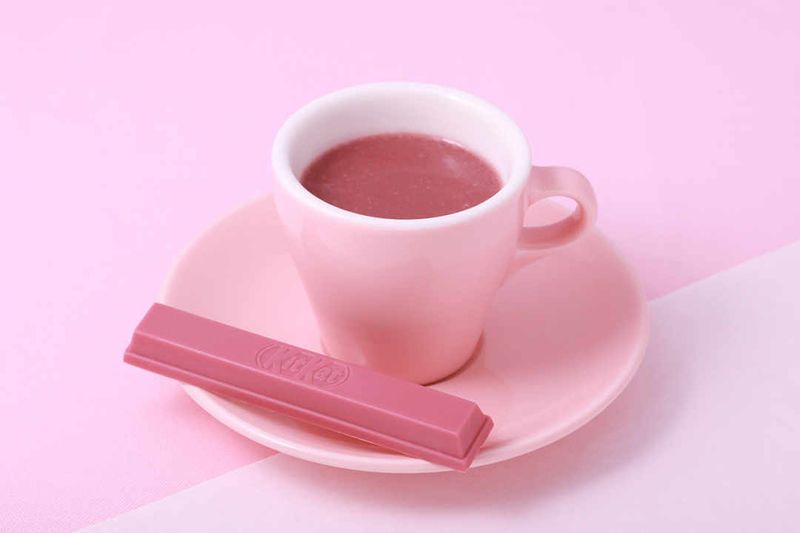 Before last year, it was believed that there were just three kinds of chocolate in the world—white, dark and milk—but ruby chocolate was discovered, offering a bold natural pink hue. The launch of the Sublime Ruby Kit Kat marks the first commercialized ruby chocolate product and alongside it, Kit Kat has unveiled Hot Ruby Chocolate. Over the next few months, Kit Kat Japan has exclusive rights of ruby chocolate, meaning that it will be some time before the public will be able to set their sights on the next ruby chocolate innovation.