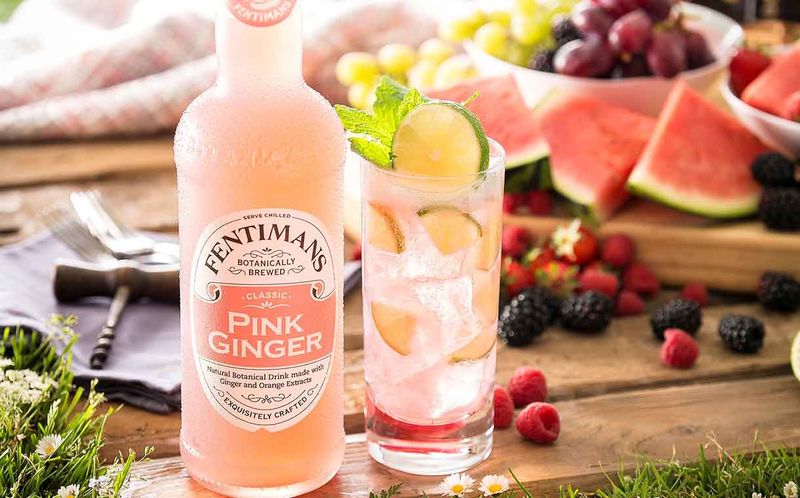 Targeted at younger consumer demographics, the soda plays on the recent popularity of pink and rose-color drinks using a lineup of all-natural ingredients. The botanically infused drink is achieved using ginger and orange extracts to make it perfect for mixing in with your favorite cocktail or on its own as an alcohol-free refreshment.

The Fentimans Pink Ginger drink was explained by Fenitmans Marketing Director Andrew Jackson who said, "Ginger beer is our number one flavour and has been the bedrock of Fentimans’ success for over a century. However, there is a significant younger audience who reject ginger beer in its traditional format, yet happily consume ginger in shot-style health drinks and pan-Asian cuisine. To reach this audience, we have reinvented the ginger-style drink, producing a naturally cloudy liquid with a warm pink hue. The introduction of pink ginger will continue to build our appeal with a younger demographic, who are actively seeking new and interesting drinks.”
5.4
Score
Popularity
Activity
Freshness
Get the 2021 Trend Report FREE