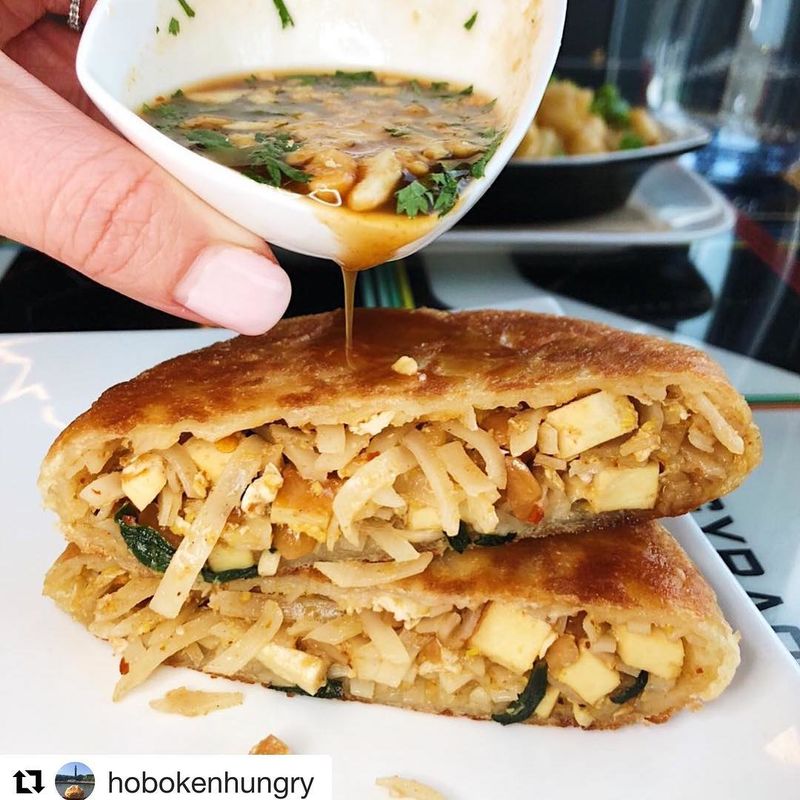 Katherine Pendrill — June 14, 2019 — Lifestyle
References: facebook & delish
Share on Facebook Share on Twitter Share on LinkedIn Share on Pinterest
The creative chefs over at Jersey City's Piggyback Bar are taking Thai food to the next level by serving up pad thai-stuffed balls of dough they're calling 'Padcakes.' While certainly not low-carb, the hybrid dish adds a deliciously crispy texture to one of the most beloved Thai dishes.

To create its famous Padcakes, the chefs at Piggyback Bar begin by soaking and chopping pad thai noodles. The noodles are then fried in a pan with pork fat, bean sprouts, Chinese chives, peanuts, and a secret sauce. After the noodles chill for several hours, the whole thing is then stuffed inside a giant ball of dough and fried to crispy perfection. The result is a savory pancake-like bun that's bursting with fresh Thai flavors.