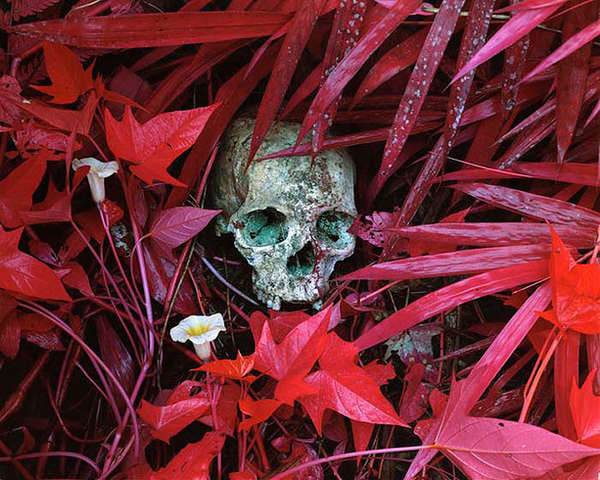 The surreal images turn traditional notions of landscape portraiture on its head by remixing nature and replacing the green, rolling hills with acidic purple and pink hues. To create the images, the artist used a technique which involves a wooden field camera and the obscure Kodak aerochrome technique. It comes as no surprise that the method to create these trippy images was last popular with musicians like Jimi Hendrix and other psychedelia musicians from the late 1960s.

The macabre images, complete with skulls in long grass, inform the viewer about the horrors of war.
3.2
Score
Popularity
Activity
Freshness