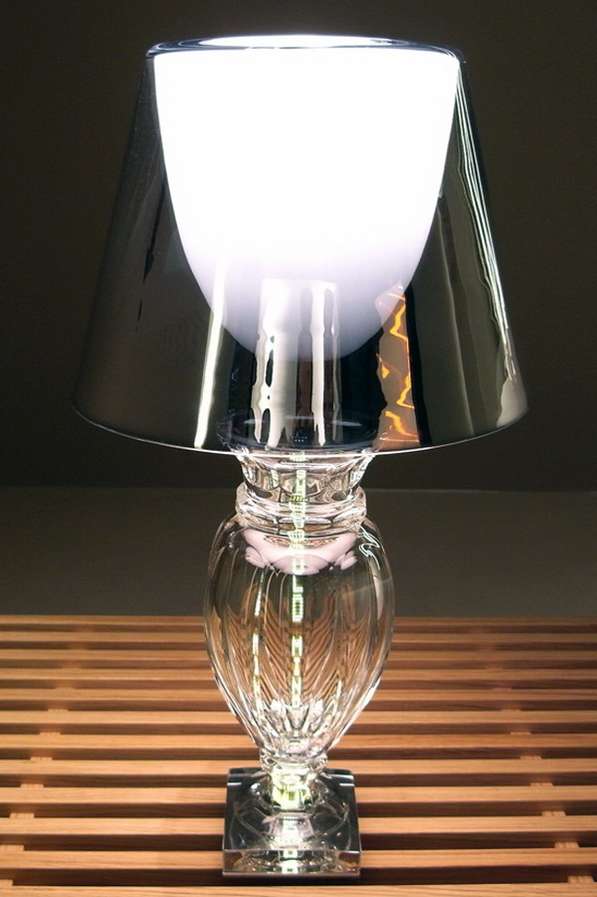 "Hooo" and "Haaa" over the Philippe Starck 'Hooo!!!' Lamp

Amanda Chang — May 13, 2010 — Art & Design
References: flos & elitechoice.org
Share on Facebook Share on Twitter Share on LinkedIn Share on Pinterest
If you’re one of those people who are all about setting the mood of a room with the right lighting and tasteful decorative lamps, then the Philippe Starck 'Hooo!!!' floor lamp and 'Haaa!!!' table lamp is just for you.

Uniquely designed and recently displayed at Milan Design Week 2010, the lamps are handmade with Baccarat crystal, with each featuring an LED display that runs down the center creating a geometric LED matrix and animated text of your choice, which can be projected onto the nearest flat surface.